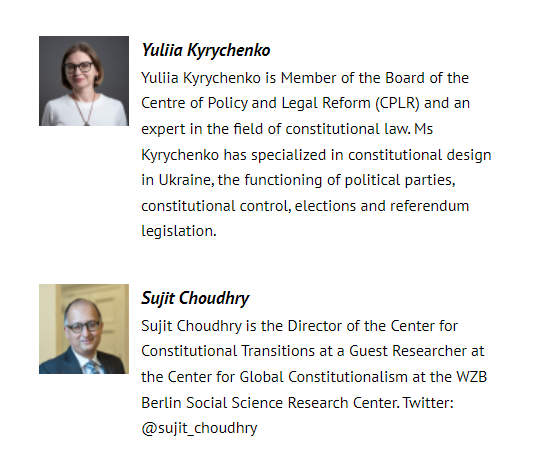 On 3 May 2022, British Prime Minister Boris Johnson addressed Ukraine’s parliament – the Verkhovna Rada – over video link. The members of the Verkhovna Rada gathered in person to hear Johnson’s remarks. The appearance was one of normality: a head of government addressing a national parliament which had physically gathered to hear his remarks, albeit delivered remotely from abroad.

However, nothing could be further from the truth. Ukraine is under a sustained armed attack from Russia. Russia’s original goals were to “demilitarize and de-Nazify Ukraine” and “ensuring its neutral status”. Those goals have now shifted toward the seizure of the Donbas – i.e., the eastern regions of Luhansk and Donetsk. The seizure of the Donbas may be followed by an illegal referendum and annexation, as occurred in the Crimea in 2014. In addition, Russia may seek to cut off Ukraine from the Black See entirely and establish a land corridor to connect Donbas to Transnistria, a breakaway region of Moldova with Russian troops.

The Centrality of the Verkhovna Rada
Russia has attacked Ukraine’s sovereignty, territorial integrity, and political independence. But its armed attack is also an assault on the Ukrainian constitutional order. Ukraine is a constitutional democracy governed by the rule of law. Russia is using armed force to make unconstitutional changes to Ukrainian territory outside the rules, institutions and procedures set out in the Constitution of Ukraine. Moreover, it seeks to effect changes in Ukrainian foreign policy under armed duress.

Of fundamental constitutional significance is that the Verkhovna Rada’s legislative authority continues to exist during martial law and states of emergency – that is, the Constitution does not delegate legislative powers to the President under these circumstances. According to the Speaker of Ukraine’s Parliament, Ruslan Stefanchuk, since the beginning of the full-scale Russian invasion of Ukraine on 24 February 2022, the Verkhovna Rada has held seven plenary meetings and adopted 13 resolutions, and 88 laws. Moreover, 18 draft laws are currently at the first reading stage.

Four Issues of Concern
These constitutional provisions regarding the Verkhovna Rada have been complied with – even though Kyiv has come under attack. However, the routine operations of the Verkhovna Rada in these extraordinary circumstances have been very challenging. Those challenges are very likely to continue, as the Russian invasion shows no signs of abating.

There are currently four issues of concern.

Third, should there be a procedure to replace members of the Verkhovna Rada who died during the Russian invasion – for example, as a casualty of a military operation? It is fortunate that this tragedy has not occurred. But if it did, no parliamentary elections could be held to replace them, since as a practical matter, elections cannot occur while martial law is in effect.  Should there be a mechanism to appoint acting members of the Verkhovna Rada, especially in the situation when doing so is necessary to meet quorum? What should the role of the various political parties be in this process?

The Russian invasion of Ukraine provides constitutional scholars with new challenges on the operation of constitutional democracies at wartime to reflect on. What is clear is that Ukraine’s commitment to constitutional democracy and the rule of law must continue, not matter how brazen the efforts to undermine it. For example, on 28 April 2022, Russia launched a missile attack on Kyiv during a visit by United Nations Secretary General António Guterres – which is nothing less than a brazen repudiation of the core principle under Article 2(4) of the United Nations Charter that “Members shall refrain in their international relations from the threat or use of force against the territorial integrity or political independence of any state”. The continued operation of the Verkhovna Rada is a decisive – and defiant – assertion of Ukraine’s political independence.